Heading up the mountain for the weekend, I knew something big was about to go down. I could feel it stirring within me. I had recently moved back in with my husband after being separated for close to 3 years, renewed our vows and things were already going downhill fast. Mother had just passed away and the shock and grief around her death was still swirling in my head.

I was ready to get away and retreat!

I was anticipating having a quiet and reflective retreat with a few trusted friends. Well, it just didn’t go down the way that I had expected it to however it did go down. It was exactly what my head and heart needed to hear, not that I wanted to hear it. They spoke truth in love to me that weekend. Tough love but love nonetheless. The ugly truth about my present life’s quagmire was daunting and dangerous in more ways than one.

One of the girls gave me a pretty descriptive analogy of what she saw. It went something like this…

“Your husband is in a semi truck, swerving all over the highway of life and you’ve got your little car, yourself, hooked up to his, swerving right behind him.

She didn’t stop there however.

As she continued, it began to hit me. Hard.

She further said, ” I don’t want to hear another thing about your husband!”

“What are YOU going to do about it?”

All of a sudden I felt like a victim to my circumstance and I never wanted to be a victim of anything. I had seen enough of that growing up and had determined not to repeat the past. The thought of being seen as a victim and powerless brought tears to my eyes. That analogy was on totally on point!

I started to sob. Well it was more like the ugly cry. I’m talking the really ugly cry. I felt exposed,shamed and even embarrassed. This friend didn’t mince words. Even though the words rang true they were hard to hear.

However during the loving confrontation and the visual description of the present quagmire, I saw it!

I had allowed myself ,once again, to become a victim of my circumstance instead of a victor!

That retreat wasn’t really a retreat at all. It was more like a resolution. I had ,resolved that weekend to detach from the semi, unattached from any outcome ,stay in my own lane, drive my own car, mind my own business and take the road less traveled.

As God would allow it, I missed my flight home from the middle of nowhere! No joke! The girls made the flight just fine. There happened to be a “glitch” in the system when it came to me. Go figure! There was no getting on that flight with my friends. None.

Ok, I totally panicked and burst into tears. Again. I had absolutely no idea where I was. None. I had never even heard of this podunk town out in the middle of nowhere, Concord, N.C. Feeling overwhelmed not to mention,frozen, I left the overgrown hanger, pulled my ginormous suitcase, Bertha, across the snow plowed parking lot for what seemed like eternity! Where I was going, I didn’t know.

The TSA officer saw the whole debacle and offered to get me a cab… I said, ” To where? “I live in Florida and I have no earthly idea where I am.”My initial thought was that I needed to get home for Valentines Day for my sweet granddaughter who was planning on spending the night with me.She was anxiously awaiting my arrival.

It was late . I was exhausted .I was also a good ten hours away from home by car and there wasn’t another flight out until the next snowy night. And that wasn’t even guaranteed …

Long story short, I ended up renting the only car available. A red clown looking car at that. Where I was going at that point, I didn’t know so I politely asked Siri to take me to the nearest Starbucks. Everything would be made clearer once I had a little go go juice in me. I’m not sure if it was the coffee or Holy Spirit led but I ended up taking my little self on a road trip To Savannah that Valentine weekend . It was the weekend that I had a long overdue date with the Lover of my soul. He was back in the drivers seat leading me. It ended up being a happy Valentines Day as I meandered through the streets of Savannah ,making the most of this unforeseen but life changing road trip. It’s the trip where I learned to stay in my own lane and drive my own car. I couldn’t control his driving, but I had the power to control mine. It was one of my first lone adventures but definitely not my last!

By staying in your own lane, you’ll go much further and experience true freedom and quite possibly, enjoy the ride.

One last thought. When you stay in your own lane, there is no traffic or crashes! 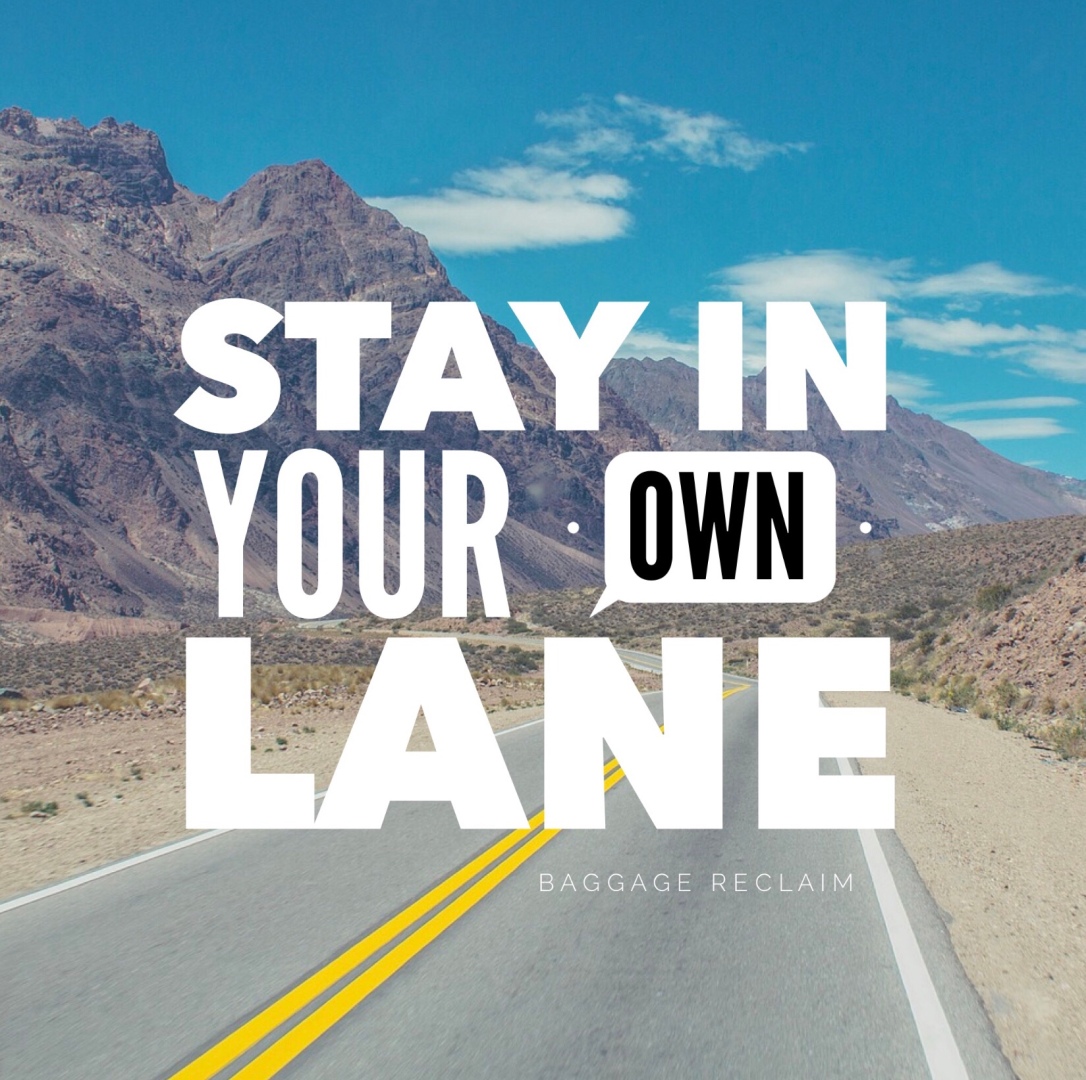 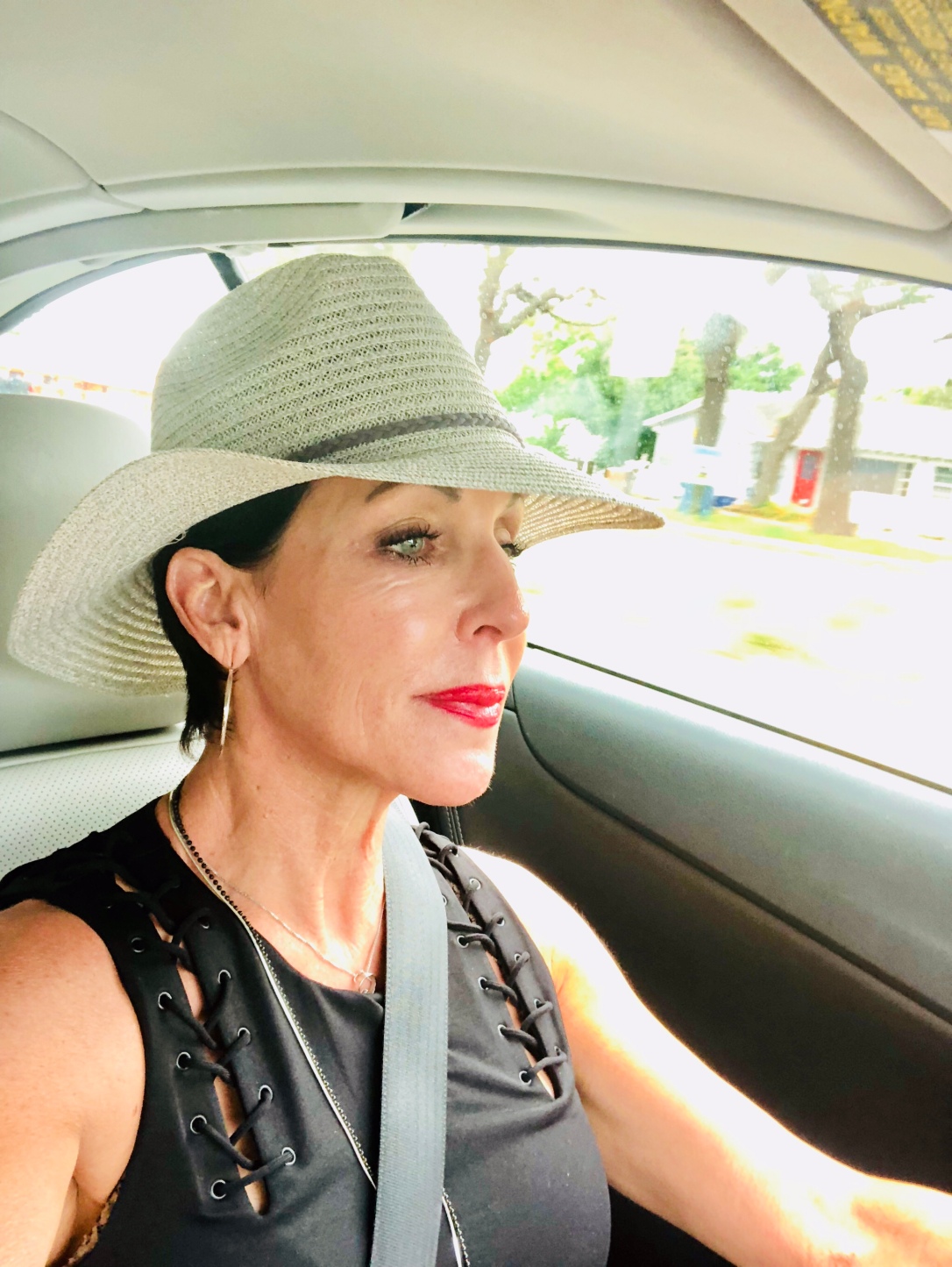